Looking for a subtle hot hatch? Step forward the Seat Ibiza Cupra, the sportiest version of Seat’s supermini, produced from 2009 to 2017. We’ve chosen the range-topping Bocanegra model, which was on sale for just three years and limited to 1000 annually worldwide.

Ever seen one in the wild? If not, we wouldn’t be surprised. There are just 373 on UK roads, according to government figures, and numbers are tumbling further each year.

The Bocanegra was a spruced-up version of the Ibiza Cupra that, for a £700 premium over the standard car, featured a bespoke design inspired by the Seat 1200 Sport of the 1970s.

The front end was encased in black (‘bocanegra’ means ‘black mouth’ in Spanish) and the foglights were incorporated into the bumper. It had a more muscular and aggressive look, which certainly helped it stand out from more established rivals like the Renault Clio RS and Volkswagen Polo GTI. It also gained chunkier wheel arches, a larger spoiler and tinted rear wheels, while ‘Bocanegra’ badging replaced ‘Ibiza’ at the rear.

It was even more distinguishable inside, with a flat-bottomed steering wheel, aluminium-clad pedals, red stitching for the sports seats and gloss black trim throughout.

While the lack of a manual option in a hot hatch will put some off, the Ibiza Cupra made up for it in other areas, thanks to considerable improvements to the supermini’s driving dynamics.

Our road testers at the time said the spicy Spaniard had “high grip levels, well-judged damping and good body control”. Minimal body roll and direct steering meant you could really push into corners, while the XDS electronic limited-slip differential kept things interesting on the exit.

We found a 2009 Bocanegra advertised for £6999 – a reasonable price, we reckon, considering its rarity. It also has a full service history, while its bodywork and interior appear to be in near-perfect condition, having seen only 59,000 miles. 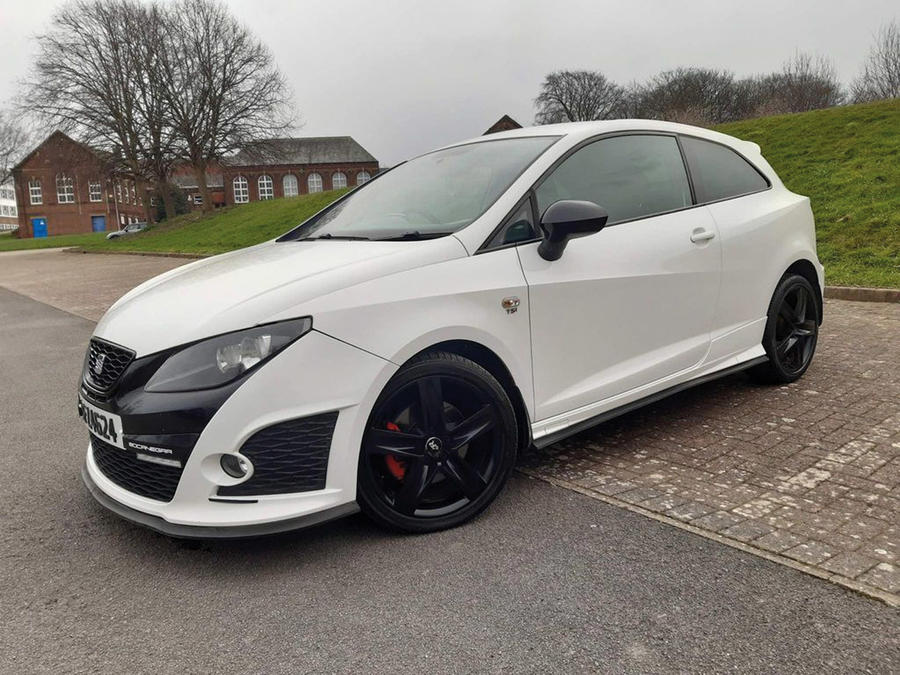