You don’t have to to break the bank for a satisfying dose of speed these days.

For proof, look no further than the Nissan 350Z – one of the Japanese firm’s most alluring junior performance packages that, even in its heyday, had an attainable price and bags of kerb appeal.

Propelled by a naturally aspirated 3.5-litre V6, the early 350Z offered 276bhp. It was initially available as a coupé and all cars were rear-wheel drive with a six-speed manual gearbox.

Power was uprated in 2005 to a lusty 296bhp and a roadster was added to the line-up. Straight-line speed was quick enough to get your attention: with 296bhp, the model completed 0-62mph in 5.8sec in the coupé and 6.2sec in the roadster.

If that’s not enough poke, look for the HR (for ‘high response’) model. Produced from 2007, it received a comprehensive engine overhaul that boosted power to 308bhp.

The revised car also gained a new front bumper, bi-xenon headlights and updated LED tail-lights. And inside, the 350Z was equipped with a new sat-nav as well as larger door bins. 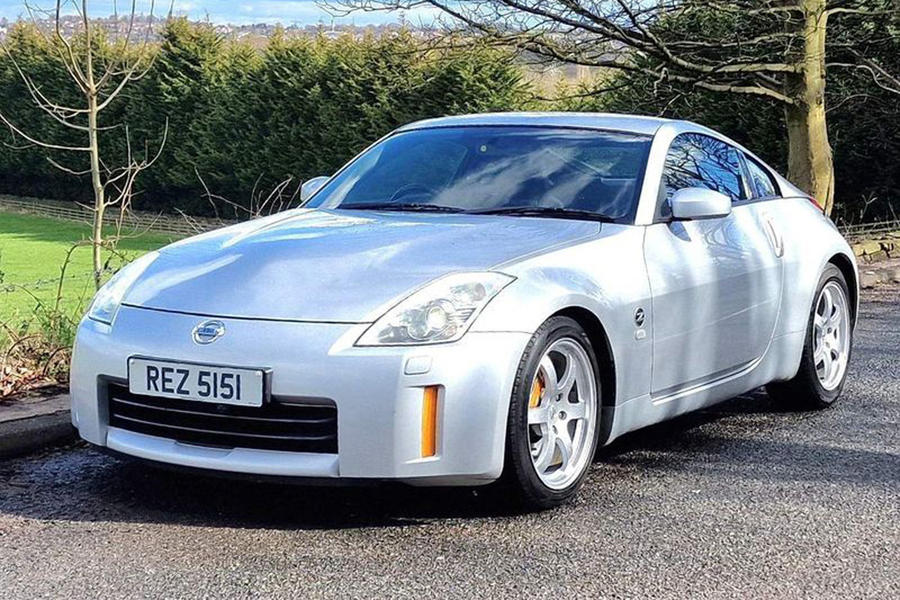 We thought the transmission was far smoother than the original car’s and road noise was reduced. In fact, we would certainly choose a later example, if funds allow, because of its vastly improved refinement and impressive engine reliability over those from launch.

We were tempted by a 2009 example that’s up for just £8495. Although it has covered 115,000 miles, it’s a one-owner car with no aftermarket additions, a full Nissan service history, a three-month warranty and 12 months of AA cover.

With any 350Z, it’s wise to check the suspension bushes, because the ones on the lower control arms tend to fail at 75,000 miles. Ensure the power steering is in good nick, as well as the clutch, which might need replacing after around 45,000 miles at a cost of £600 or so.